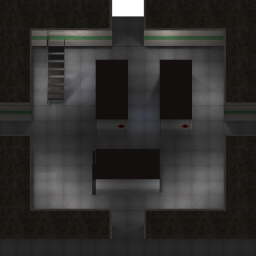 PHALANX has had trouble generating enough power to meet its needs ever since the organisation was first conceived in 1955. The old bases were forced to constantly pump in electricity from large, non-emitting sources (like hydroelectric dams) via many kilometres of wiring. They were completely dependent on outside power and were paralysed whenever the grid went down. It has taken the Russian nuclear revolution to enable full electrical autonomy for our underground bases, even when factoring high-energy research.

Our plant of choice is the German HEFR (High-Energy Fission Reactor), a very efficient energy amplifier design. It is a subcritical reactor, a reactor that produces fission without achieving a sustained chain reaction. Instead it uses an external source of neutrons -- in this case a particle accelerator -- to stimulate the reaction. This method releases enough power to keep the particle accelerator running, as well as a power surplus that is redirected to feed the rest of the base.

The HEFR runs on thorium rather than uranium, and most of its waste output will decay naturally to the radioactive level of coal ash in only 500 years. By comparison, the half-lives of the isotopes most frequently used in nuclear weapons and old reactors are 24,110 years for plutonium (Pu-239) and 700 million years for uranium (U-235). The short-lived waste output is particularly easy to handle for the depleted element postprocessor integrated into the design. After a full trip through the postprocessor, the HEFR's reactor waste will take only weeks to decay to human-safe levels of radioactivity.

In our design, the reactor core and operational machinery are built into a special shell located far deeper than the rest of the base. Only the coolant tanks and control/service entrances poke up to the base level. This protects against the possible but minuscule risk of a meltdown in case we completely lose refrigeration of the core.

I admit, I copied half of the specifics verbatim from the various briefs I've read -- nuclear physics are a touch above my head -- but I understand the stats well enough. The power output of one plant is enough to fully meet the needs of a standard base. If a base is equipped with many high-energy buildings such as laboratories, a second plant may be required, but a subsequent increase in base defences and security will be required to properly protect it. We can easily and safely store enough fuel on-site for a decade of continued operation. A protected container is installed with every reactor, and it can be refuelled if necessary.

Every base needs at least one power plant. Without a power plant, many facilities -- including the Command Centre -- can't function. Bases with exceptional power use may need two or more to keep all our facilities working at top performance.

Our base defence strategy should pay particular attention to defending the power plant. Damage to the coolant tanks could be disastrous; if we lose too much coolant a meltdown will be hard to avoid. We may consider stepping down the reactor in anticipation of an attack, but it would take a long time to get it started up again, during which we wouldn't be able to operate any energy-intensive equipment. Things like radar, laboratory equipment, even hangar lifts.