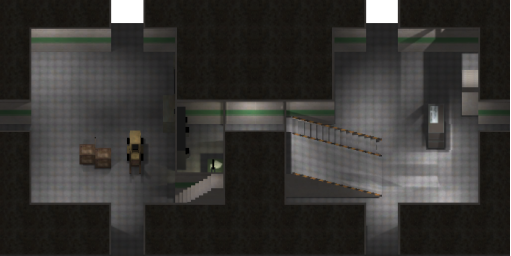 The PHALANX Workshop is a small-scale production line equipped with the most high-tech military manufacturing processes available. It is designed for the production of classified materials and parts for which no other facility on Earth is equipped; even the replication of extraterrestrial technology.

All parts produced by the Workshop are machined by hand with as much robotic assistance as possible. It requires the most highly-skilled engineers in the world to operate its advanced machinery, and to install new machines whenever our researchers devise a new or improved production process. The Workshop provides working space for up to 10 engineers at once.

A Power Plant is required to keep the production line going. Without an operational plant, all production must be halted until power is restored. The Workshop also depends upon a Command Centre to coordinate construction efforts.

During a possible EXT war, we will be depending heavily on Workshop facilities to manufacture the weapons we need. H.G. Wells's War of the Worlds comes to mind for its frightening depiction of how our present technology might fare against an invasion force. Even the A-bomb may not be a sufficient deterrent. In a worst-case scenario we may be forced to resort to nuclear missiles if we have no other hope of staving off the assault.

The Workshop is a high-security area due to its sensitive, often classified projects. The various hazardous or volatile substances used in production make it a dangerous place to be, and it will certainly be at risk during any base attack as a target of opportunity or even a moderate-risk mission objective. Shutting down our production for any length of time would be a victory for any extraterrestrial hostiles, especially if they manage to destroy a large project in progress such as the construction of a new aircraft.

Reproducing interplanetary spacecraft technology will be one of the absolute necessities if we are ever to take the initiative against an extraterrestrial force. We cannot sit on Earth maintaining a defensive posture if we wish to put a definitive end to a military conflict. Our faithful Workshops and Laboratories are what will arm us against these nightmare scenarios.