Does anyone know the status of this? We've got alien bases and the device appears in the base. Is it collected? Can it be researched? --H-hour 14:37, 7 October 2012 (SAST)

Sir, our troops just got back from our raid on the alien base. They brought back the wreckage of that strange device we encountered. I need this wreckage turned over to DivIntel immediately, as well as some funding and lab time, so that we can find out its purpose and try to unravel the mystery of the powerful psionic attacks which emanated from it during the attack.

The device has to be of extreme importance for the entire base to be built around it. But is it a weapon, a computer, a communication device, or something more mysterious? If more alien bases are found, we may have to defend ourselves from other such devices, although I sincerely hope that's not the case.

Cdr. Navarre and Dr. Connor have already committed their support for the project, and both have agreed to assist us with the technical side of research. All we need now is your approval, Commander.

Good morning, Sir. I've got a report for you on the alien psi device wreckage. 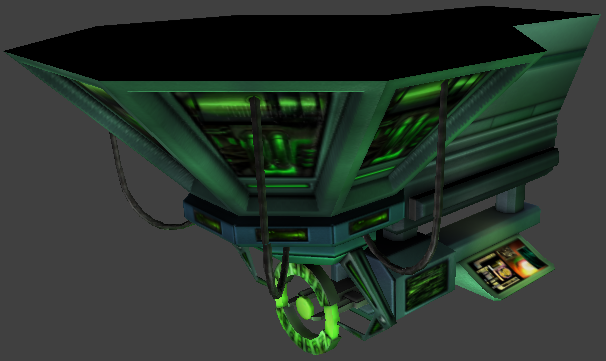